Hey ho and away we go! 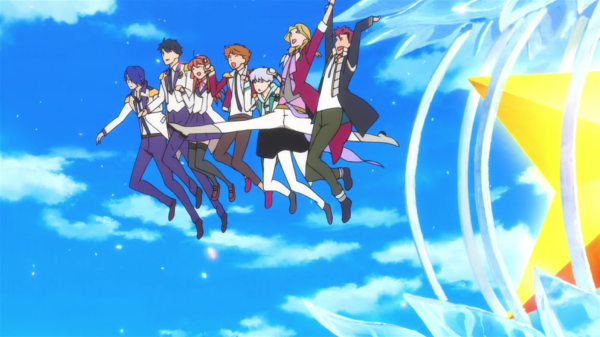 We’re roughly halfway through the Fall premieres, so now’s as good a time as any to compile a shortlist and talk about ’em. As usual, I’m watching all licensed new shows and any relevant sequels and giving you at least a few thoughts on each of them. The Josei Next Door: Sitting through everything, so you don’t have to!

I’ve divided them into three categories: “Guaranteed Three Episodes,” “On the Fence,” and “Slush Pile.” Actually, make that four categories–I’m rolling some sequels/spin-offs into this one, too. There’s a fair amount in that fence-sitting group because, while there haven’t been a ton of out-and-out awful shows, outside of Yuri on Ice there wasn’t anything that really “wowed” me, either. Some solid foundations and a fair amount of variety, though, so hopefully it’ll build well on itself, and you’ll all be able to find something that catches your eye, too.

Streaming on: Crunchyroll
In a sentence: Struggling figure skater Yuri returns to his hometown in Japan to regroup– until a viral video brings the world of pro skating right to his doorstep.

I had this in my “guaranthreed” pile before I even saw it, because Sayo Yamamoto (Michiko & Hatchin, The Woman Called Fujiko Mine) is on the shortlist of directors who have earned my immediate trust. So far that trust hasn’t been betrayed: Yuri on Ice’s premiere is energetic, graceful, and immediately engrossing. (Also kinda silly, which I wasn’t expecting but am super happy about.) It was so nice I watched it twice!

The close attention to motion and detail is phenomenal, not just in the beautifully animated skating programs but also in the little touches, granting each character and scene a personality and tone uniquely their own. The ice skating flows like water; the comical scenes are all round lines and hectic smears; even the poodles move fluffily, which I know isn’t a word but it’s the only way I can explain it. (Go. Watch it. They totally move fluffily, right?)

There’s an inherent sensuality to Yamamoto’s work that adds sexual energy and tension to the art and story, although it’s too early to say if the homoerotic overtones are going to lead to anything explicit (in any sense of the word). I’d like it if it did, but either way we should have a gorgeous, fun, endearing, damn sexy ice skating series on our hands. In Yamamoto I trust.

Streaming on: Crunchyroll
In a sentence: Second-year student Kohana transfers to her mother’s magical alma mater, but being the daughter of a famous alumni is more complicated than she thought.

Magic-Kyun Renaissance is in this category almost entirely because of its director, Mitsue Yamazaki (Monthly Girls’ Nozaki-kun), whose good sense of comedic timing and Ikuhara-influenced style elevate MKR from “standard harem fare” to “charming magical school story.” It balances genuine beauty with a touch of tongue-in-cheek, over-the-top shojo parody, gorgeously visualizes the artistic process, and introduces us to a cast of pretty boys (and girls) both silly and serious. I liked it a lot more than I thought I would, and seeing Yamazaki’s name attached to it only made me like it more. I’m giving it three to see how it develops.

Streaming on: Crunchyroll
In a sentence: This fantastical reimagining of WWII Europe finds Princess Finé seeking aid against the invading Germanian forces and finding it in the form of an old friend and fabled witch.

There’s a lot of potential packed into this premiere: Wartime battles, intrigue, and a central story about two young women fighting back against forces who seek to use them for their own ends. Finé is a well-written protagonist, level-headed and courageous and willing to fight however needed for her country. Unfortunately, the strong writing is sometimes matched by a leering camera, which inserts a gratuitous shower scene (while the main character is mourning a death, no less) and spends just a little too much time focusing on Izetta’s thighs.

Which makes it sound a lot more fanservice-y than it is–it’s really very mild, maybe 2-3 shots altogether, and overall I found the design incredibly appealing. But in a story that  seems to be very much about female agency, even minor objectification becomes a much greater point of concern since it starts to undercut the central message. Still, there’s a lot of promise here, so I’m going to give Izetta two more episodes to show me if it can live up to it. 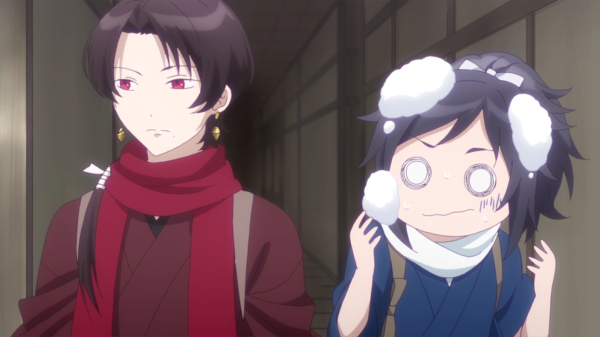 Shows with enough potential to get another episode, but no promises past that. These are all streaming on Crunchyroll, too.

This pro-wrestling series inspired by a 1970s manga is exactly as melodramatic and campy as it needs to be. I was sure I’d tap out halfway through and ended up watching the entire episode. The overdone intensity was (unintentionally?) amusing, but darn it if I wasn’t invested in this story of secret identities and evil wrestling organizations by the end of it. The old-school appeal may wear off, but I’m willing to give it another episode to find out.

Or “Sword Boys,” as everyone’s calling it. Yes, famous Japanese swords who were turned into cute boys and now hang around doing cute things–when they aren’t being sent on missions to fight monsters and defend the timeline from Evil History Revisionists! Look, I never said it wasn’t ridiculous. It’s super ridiculous. It’s also brightly animated and full of High-Quality Anime Faces thanks to studio Dogakobo. There are way too many characters and probably not enough story to carry a full season, but I could use a new soothingly silly series, and this one might fit the bill. I’ll give it another week.

The only reason it’s in this category is because of one side character: a boy who always wanted to be a magical girl and finally gets the chance to be one. I really like that. Otherwise this premiere was an unremarkable Madoka copy, all cute girls and idealized innocence coupled with promises of future bloodbaths and torment (plus some “teasing” shots of middle school girls about to undress just to work in that “ick” factor). I have a feeling it’ll implode in a week or two and live up to none of its potential, but that one kid means I can’t give up on it just yet.

Look, no one was expecting a show called “Bloodivores” to be high art, and it’s not. In fact, it’s terrible. It’s poorly produced, full of long still frames and repeated animation to fill the 25-odd minutes. The writing is all half-baked plotting, overwrought dialogue, and “shocking” twists. It’s real stupid. I laughed a whole lot. Could this be the hilaribad show to fill the Chaos Dragon-sized hole in my heart? Only time will tell.

A quick look at some of the familiar friends I’m (probably?) going to stick with. I’ll cover the few others (Bungo, Haikyu) in Round 2. And yes, these too are all on Crunchyroll! I, for one, welcome our Crunchyroll Overlords. 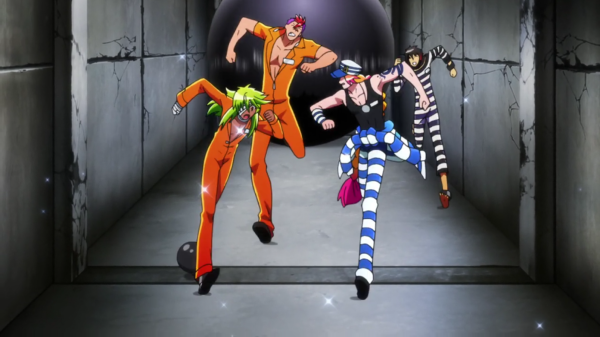 Dropped shows can get un-dropped if I hear enough positive buzz (like last season’s New Game), but odds are low. Here’s what couldn’t clear my low bar: