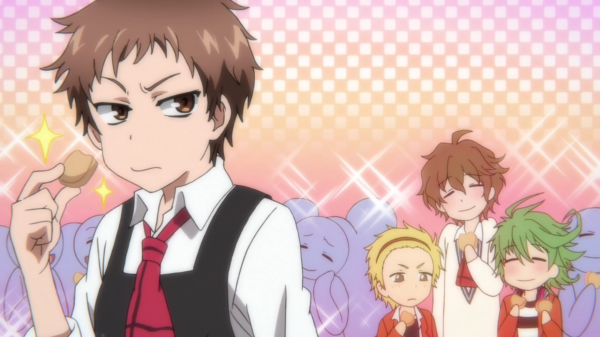 I’ve been up to my ears in family gatherings, travel, and spotty WiFi this week, but I finally managed to watch enough premieres to compile them into the season’s first Panning post. We’re sticking with the new format I adopted for Spring: I’ll watch every new, licensed full-length show and talk about ’em, then roll them up into “digest” posts divided into three basic categories: “Guaranteed three episodes,” “On the fence,” and “Probably dropped.”

If a title catches your eye, you can find out where the show is streaming by using this handy search engine. Now hit the jump to ding the bell for Round 1—FIGHT! 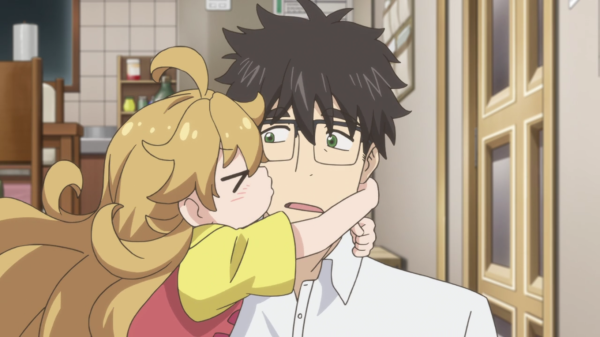 In a sentence: There are two surprises waiting for second-year student Naho on her first day of class: A transfer student named Kakeru, and a letter from her future self, offering her advice so she doesn’t make the same mistakes twice.

I covered this one as a “first look” on Anime Evo, so you can click here to read all about it. TL;DR: I really like the manga and this adaptation is off to a very good start. I’m watching this one with a lot of anticipation and high expectations. So, you know. No pressure, orange.

In a sentence: Ashiya Hanae’s high school life is off to a decidedly weird start when he gets haunted by an energy-sucking spirit and has to seek help from a grumpy exorcist.

I have a soft spot for Shinto-inspired tales, so I was hopeful for this one, and the premiere lived up to and maybe exceeded my expectations. The protagonist is well-meaning and hapless, he and Abeno (the exorcist) have a fun, combative dynamic, the yokai (monster) was so unreasonably adorable that I briefly lost the ability to use words, and the story nicely treads the line between comedy and sweetness without veering into sap. I don’t expect this to be as graceful as Natsume’s Book of Friends or as riveting as Noragami, but if each week can be as cute and charming as this one, I’ll be happy.

Sweetness and Lightning (Amaama to Inazuma)

In a sentence: Struggling to raise his young daughter on his own, recently widowed Inazuka Kohei decides to improve his culinary skills–and finds an unlikely cooking class partner along the way.

One big ball of emotional cuteness, with great energy and even better Anime Faces. This episode was mostly setup for the premise (“let’s cook together!”), but the characters are immensely likable, and the show’s interest in parent-child relationships should give it ample room to explore and grow its cast. Given anime’s track record, I’m a little wary about the possibility of a teacher-student romance developing, but so far the tone is more one of lonely people trying to find a family, and that’s one of its greatest strengths.

In all honesty I’m not sure Sweetness and Lightning is going to be my kind of show, but there’s no question it’s doing its thing very well. I’m curious to see if it can hold up as a 22-minute story each week once the cooking lessons gets under way. I’ll give it a couple more to see how it goes. 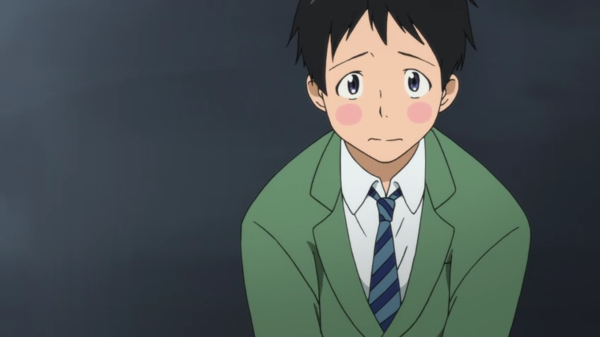 An unemployed 27-year-old gets offered the chance to retake his senior year of high school in hopes that he’ll find a way to reboot his life. The premise has merit, hinging on a lot of the same ideas about regrets and do-overs that orange does. Barring some icky undertones (“I can hang out with high school girls now!”), the execution is solid–nothing striking, but totally competent. If the series can develop its cast and central themes I think it has real potential.

This entire series is available on Crunchyroll, so I could technically have watched it all by now, but if I do stick with it I suspect I’ll watch it at a somewhat more measured pace. It’s not one that really begs me to binge it. At any rate, I’ll give the second episode a try once all these premieres are out of the way, and see if it’s one I want to stick with.

This sports series about a lonely puppy dog of a kid and his newfound soccer-playing friend should’ve been right up my alley, but this premiere left me a little cold. It hits all the expected high points of a sports story’s opening arc–the newcomer who falls for the sport, proves themself through hard work and a lotta heart, earns the respect of others,etc.–but it doesn’t show much of the steps in between.

As a result, its big emotional peaks don’t feel especially earned, making Days a rough outline of a YowaPedal or Haikyuu with none of the color or detail. I like that outline, and I generally like the works studio MAPPA produces, so I do want to give it one more episode to see if it can slow down and focus on the journey. We’ll see.

Really surprised to be including Rewrite here, but this game adaptation that threw all the standard harem tropes into a blender and hit “puree” refuses to take itself seriously, which grants it way more charm than expected. It’s as cheeky as its protagonist, with characters who fit their archetypes and then…kinda don’t, like the “refined girl” with the dirty sense of humor. Plus it’s written by Tanaka Romeo (Humanity Has Declined), who has a sharp wit and a good rhythm for dialogue when he’s on his A-game. It may all fall apart, but if it can keep making me giggle, I just might stick with it. 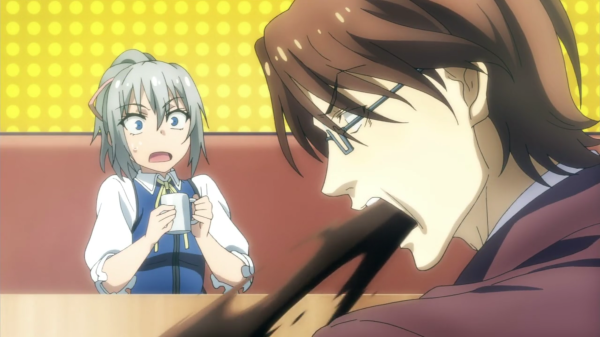 So far this season has been more “meh” than “wow,” so this last list got lengthy. Every show has a chance to make a comeback if I start hearing good buzz from other people, but none of these caught my eye enough to warrant a second look without that happening.