Let the battle for a spot on my watchlist begin!

This. Season. Is. STACKED. Or, at least, that’s how it looks after a deluge of strong premieres. Six shows impressed me enough to earn a guaranteed three episodes, not including the four sequels I’m locked into; and honestly, in a normal season, at least a few of the fence-sitters would have been “guaranthreed,” too. I eventually had to start dropping stuff not because I hated it, but because I was terrified my watchlist would topple sideways under the weight of all those shows and crush me beneath it.

Point being, there’s almost certainly something listed below that will catch your fancy as much as or more than it did mine. So let’s dive right into ’em, shall we?

Based on: The manga by Yamazaki Kore
Studio: Wit
Series director: Naganuma Norihiro
In a sentence: Hatori Chise, an isolated teenager coming off years of neglect and abuse, finds a home and begins to uncover her own power after she becomes the apprentice (and also bride?) of a mysterious mage named Elias.

I love this manga and am ridiculously happy to see it get such a beautifully produced anime adaptation. If you’re concerned about some of the more troubling elements in the premiere, maybe my full-length AniFem review will help set you at ease. 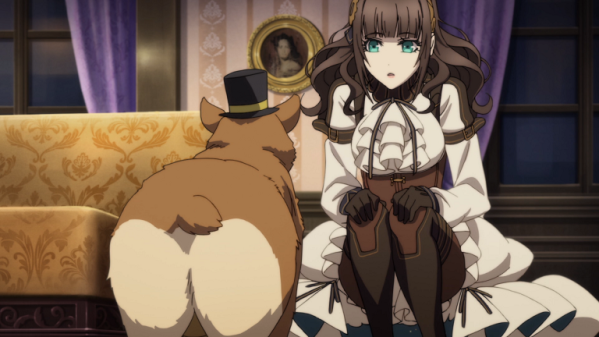 Based on: The otome visual novel by Otomate
Studio: M.S.C
Series director: Yamamoto Hideyo
In a sentence:  A young woman possessing the destructive power of the “Horologium” finds herself in the company of charming thieves and criminals as she seeks out answers to her own murky past.

Not the “best” or even my favorite, but definitely the most pure, unadulterated fun I had with any premiere this season. I wrote about it for AniFem, too, if you want all the juicy details. 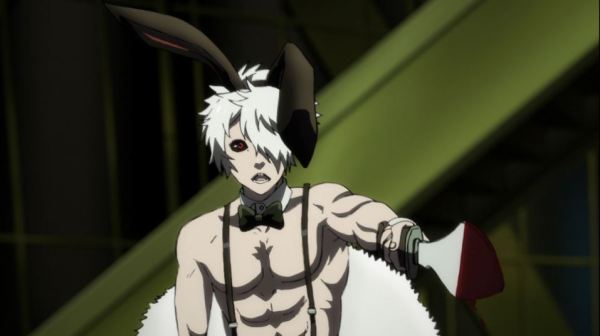 Based on: The novel by NisiOisin
Studio: Graphinica
Series director: Hosoda Naoto
In a sentence:  Twelve of the world’s most talented fighters gather in an abandoned city to compete in a battle royale for the chance to have a single wish granted.

It’s the Monogatari writer, the Future Diary director, the Hellsing OVA studio, and a premise that’s basically Fate. There was no chance this wasn’t going to be an over-the-top trashy action spectacle, and that’s exactly what it is. The good news is it’s a very well-executed trashy action spectacle, reveling in its own absurd Zodiac-themed character designs and premise. The fight scenes look damn good, too.

JUNI TAISEN ain’t gonna win any awards, but it’s shaping up to be a real fun time. My trash pick of the season. Pardon me as I roll around in it. 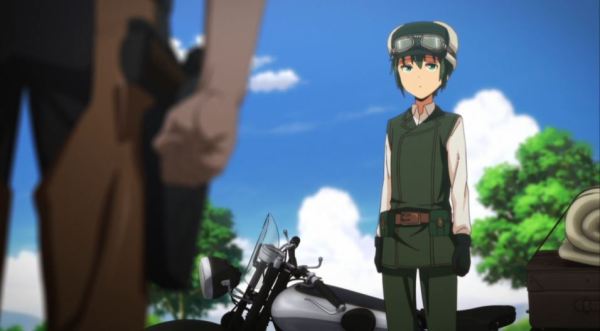 Based on: The light novels by Sigsawa Keiichi
Studio: Lerche
Series director: Taguchi Tomohisa
In a sentence:  Young traveler Kino roams the world on their motorbike, Hermes, visiting new countries but never staying for longer than three days.

I’m not a hardcore Kino’s Journey fan—the episodic format and somewhat distant tone made it difficult for me to every get truly invested in it—but I did enjoy the original 2003 anime when it first came out. Upon a recent rewatch, I’d say I appreciate it more now and it definitely withstands the test of time, so I’m looking forward to seeing more of Kino’s adventures brought to life in anime form.

I’m not counting this as a “sequel,” though, because they’re going to adapt several new stories as well as a few that were in the original anime, making it more of a “selective reboot.” This means newcomers to the franchise should have no trouble jumping right in. I’m not quite sure how to feel about the first episode, a wild west exploration of the difference between “prohibited” and “permissible” behavior… but then, exploring gray areas is Kino‘s bread and butter, so maybe that’s a sign this adaptation is on the right track.

Land of the Lustrous 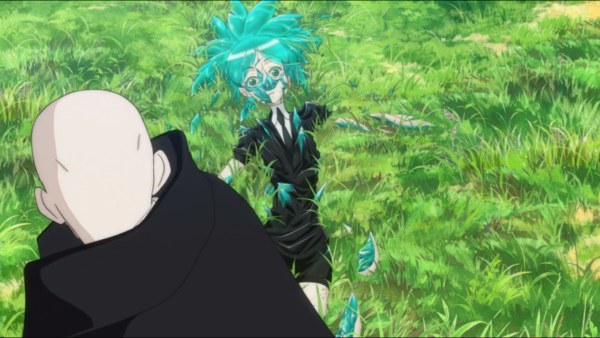 Based on: The manga by Ichikawa Haruko
Studio: Orange
Series director: Kyougoku Takahiko
In a sentence: In a world where sentient crystals are on constant guard against “Lunarians” seeking to turn them into jewelry, one young gem, Phosphophyllite, tries to find their path in life.

Ugh, I’m gonna be That Guy: I was a little underwhelmed by this premiere because I’ve read the first volume of the manga and the anime’s CG art–while much smoother and more expressive than a lot of CG series–just can’t compare to the stark black-and-white, abstract aesthetics of the manga. That’s right, I’m hitting you with a double-whammy of “the manga was better” and “CG is bad” pretension! I’m so sorry. Send me to Otaku Hipster Jail.

That said, this is a real good story with strong characters who learn and grow over time, both as individuals and in their relationships with one another. It’s also pretty cool that the entire cast is agender. And, in the anime’s defense, the different colored hair does make it a lot easier for me to tell the crystals (who all have basically the same slim, androgynous body type) apart. Snobby comparisons aside, I’ll absolutely be sticking around, and I encourage you to do the same.

Recovery of an MMO Junkie 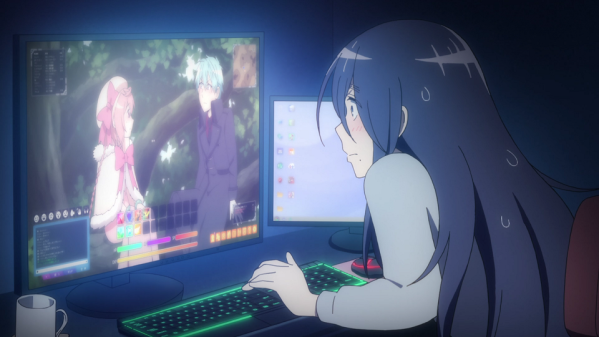 Based on: The manga by Kokuyo Rin
Studio: Signal.MD
Series director: Yaginuma Kazuyoshi
In a sentence: 30-year-old gamer Morioka Moriko quits her soul-sucking office job to become an “elite NEET,” spending her days in an MMO exploring dungeons and making friends as the male character “Hayashi.”

Much like Code: Realize, this was a surprise favorite, cute and sweet and frequently very funny.  I’ve already watched the second episode and fell deeper in love with it every minute. Talking about it is a little tricky, though, since there are some elements of it that you’ll either find charming or annoying, depending on your tastes. If you’re interested (and I hope you are!), I go into detail in my full-length AniFem review. There’s some decent stuff in this pile (or at least the top half of it), so take some time to read the descriptions and see if it’s something you’d be interested in watching. Like I said, this season is brutally good so far.

If you enjoyed this pipin’ hot plate of anime premieres, please consider tipping your server through PayPal!