There are precious few familiar faces, but some are rather precious. 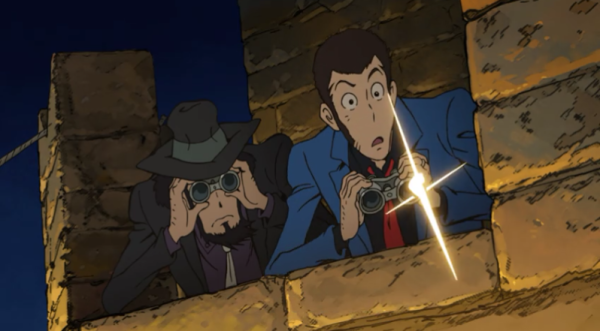 This may be the briefest sequel/carryover post I’ve ever written thanks to a shortage of sequels, some odd licensing issues, and personal viewing preferences. Still, the few there are have a lot of fond memories attached to them, so that should be a good sign going forward. Hit the jump for fairy tales, thieves, and urban legends.

Snow White with the Red Hair (Akagami no Shirayuki-hime)

Studio: BONES
Based On: The manga by Akizuki Sorata
Streaming On: Funimation (U.S./Canada)

In a Sentence: After pharmacist Shirayuki flees her homeland when her rare red hair catches the eye of her kingdom’s prince, a chance encounter with a young man named Zen promises to change both their fates.

How was it? As expertly crafted as Part 1, with hints of building conflicts to keep the story moving and tension building.

Overall
I’ve already written plenty about Snow White. If you haven’t seen it and wonder if you should, then you can read my spoiler-free Part 1 review. If you have seen it and wonder if you should keep watching, the answer is yes, and also here is my Episode 13 post. All the glowing words you could want are in those two places, so I’ll give your eyes and my typin’ hands a break and leave it at that.

Studio: TMS
Based On: The manga by Monkey Punch
Streaming On: Crunchyroll (click here for the list of regions)

In a Sentence: World-(in)famous thief Lupin and his usual gang of allies, rivals, and/or antagonists travel to Italy for a new round of crime capers.

How was it? Energetic, effortlessly cool, and just plain entertaining.

Overall
Technically this started airing in October in Japan (and even earlier than that in Italy, interestingly enough), but Crunchyroll only recently snagged the streaming license so I’m considering it a “new” winter series. I haven’t seen a ton of Lupin—a few random episodes on Adult Swim, along with The Castle of Cagliostro film and The Woman Called Fujiko Mine prequel anime—but the franchise is designed to be easy to jump into pretty much anywhere, and this is no exception.

The premiere (the first 13 are already up on CR, with the rest being simulcast as they air in Japan, but I’ve been busy) zipped along with humor, zaniness, plot twists, stylized animation, and a slick jazz score. In other words, it was a top-to-bottom solid premiere, confident and flat-out fun in a way that few shows have been this season. I’ll keep working to catch up with the simulcast, and odds are high it’ll make the permanent winter watch list.

How was it? Dunno yet! As has become tradition, I’m waiting to bingewatch this one. I’ll be plugging my ears and singing “la la la” very loudly so as to avoid spoilers for the final arc in the series, but I’ll be back to talk about it with everyone at the end of the season, rest assured.

No need to review these since I talked about them in my Fall 2015 Retrospective, but I’m still watching:

I’ll let you know during the mid-season review if any of that changes.

The following are airing this season, but I won’t be watching them because I’ve either never seen or never finished the originals: