Some of these spring buds are really starting to blossom. 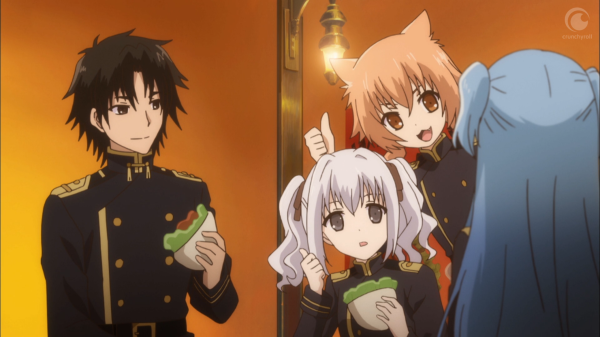 I finished writing this a few days ago, but I held off on posting it so I could roll it in with a neat bonus: I joined Amelia and Peter on the “Chatty AF” Anime Feminist podcast to talk about how this season’s shows are doing! So you can read the check-in or listen to it! Or both if you’re so inclined! The possibilities are endless! (Well, okay, the possibilities are three. But that’s still more than we had before!)

Much like this past Winter season, my favorite shows are returning ones, although I do think this gang of newcomers has more potential than the last batch did. A few are picking up steam, a few are wobbling on the edge of the cliff, and many are chugging along, doing their thing. Hit the jump for the written details, or click this here link for the spoken ones. (And remember that you can always search for Chatty AF on iTunes and Stitcher, too!)

END_OF_DOCUMENT_TOKEN_TO_BE_REPLACED

When I learned that this season’s new anime, WorldEnd (or SukaSuka), was based on a light novel about an adult man becoming a caretaker for a group of under-18 girls, I was understandably wary given anime’s less-than-glowing track record when handling age gaps and power dynamics. Fortunately, WorldEnd’s leading man, Willem, is (so far) completely uninterested in romancing the local teens. While 15-year-old Chtholly does have an obvious crush on him, Willem sees her and the rest of the girls as students, patients, or younger family members. He uses his power to help and guide, never to take advantage.

These are all good things, and a large part of why the pensive found-family story at the heart of WorldEnd has been so compelling to me. It’s also a large part of why a particular scene in Episode 2, “late autumn night’s dream,” stands out as so uncomfortable and out-of-place. Willem may not be a creeper, but some of the people creating him sure seem to be.

Feels like only yesterday we were talking about the Spring premieres. They grow up so fast…!

It’s a great season for sequels, a good season for fantasy, and a not-too-shabby season for female protagonists. The watch list hasn’t shrunk much at all since the premiere digest (although a few shows could easily drop off in the coming weeks), so this is more of a check-in than a culling. Maybe that bodes well for Spring’s staying power?

END_OF_DOCUMENT_TOKEN_TO_BE_REPLACED

Don’t mind me, just drooling over a fresh batch of titles. 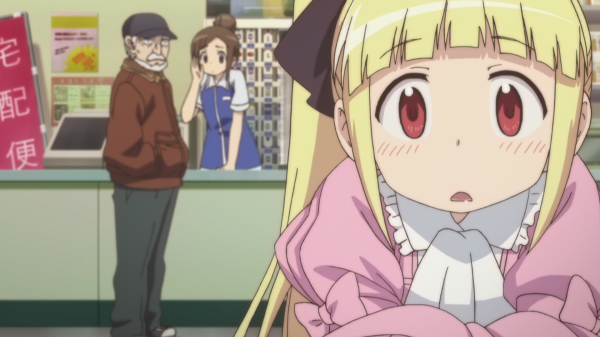 Even though some series are heading into their third episodes, believe it or not this post is not belated! The spring premiere season decided to stretch itself out over the course of two solid weeks, and once I struck (ah-hem) all those Amazon shows from my schedule, it wasn’t long enough to justify two posts. Rolling ’em into one made sense.

Y’all know the drill: New series get divided into three categories (Yes, Maybe, and Nope), then I make a note of any shows I didn’t mention and any sequels I’m catching. The list isn’t terribly long, but there’s a fair amount of charm and some solid potential, especially if you like fantasy (and I do). Hopefully I can help you find a new show to add to your watchlist, too!

END_OF_DOCUMENT_TOKEN_TO_BE_REPLACED

Venturing out to explore the new anime season. 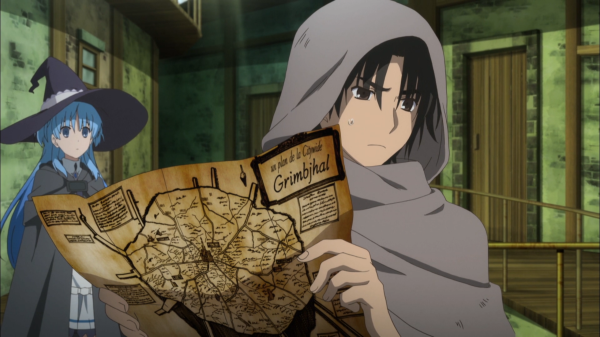 We tossed some coins and drew some lots and, in addition to The Royal Tutor, I covered a trio of other premieres for AniFem this season:

And in case you missed it, I also published my usual Premiere Digest where I talk a little about All The Shows (that aren’t on Strike) as well. Check it out if you’re curious!