Having some good old-fashioned fun in the sun. 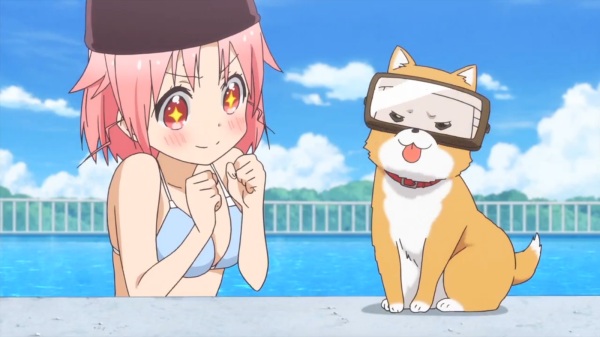 Summer might not have had the most groundbreaking or ambitious of series, but what it lacked in artistry it made up for in pure enjoyment. This season was just plain entertaining, chock full a variety of genres from high fantasy to crime drama to horror to comedy. Well-executed (or awesomely bad) pop fiction was the name of the game, and I was genuinely excited for the next episode of even the lowest-rated series on this list.

That isn’t to say there weren’t some excellent ideas and characters to be found among the batch, mind you. While “entertainment” was the primary focus, many of the top series featured strong character writing, showrunners who knew how to develop unique atmospheres through art and music, and an understated but insightful exploration of social issues such as power imbalances and bigotry.

School-Live and Gangsta dealt with trauma in nuanced ways, and Snow White and My Love Story depicted some of the healthiest relationships in shoujo memory, promoting communication and quietly but consistently challenging traditional gender roles and genre stereotypes. Part of the reason I had so much fun this season was because I wasn’t having to constantly roll my eyes at some trite or harmful characterization, but could just get swept along in a bunch of great (or hilaribad) stories. And that makes this a pretty strong season in my book.

END_OF_DOCUMENT_TOKEN_TO_BE_REPLACED

Things’re really heating up, and I ain’t just talking about these August temperatures. 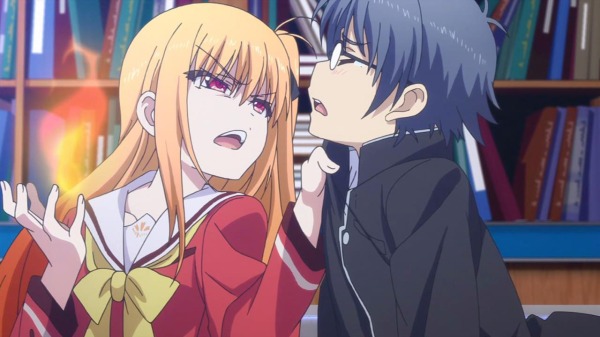 The summer season is halfway(-ish) over but it feels like many of its shows are just getting started. Some shaky premieres nevertheless rife with potential have taken off in recent weeks, building momentum through character and plot development alike. My watch list isn’t quite as deep as it was in, say, the winter season, nor are the shows quite as across-the-board ambitious, but there’s a lot of variety, and the pure entertainment level is maybe higher than it’s been all year. I’m genuinely excited for the next episode of just about everything, and that’s a very good sign.

As for what I’m most excited about, you’ll just have to hit the jump to find out.

END_OF_DOCUMENT_TOKEN_TO_BE_REPLACED 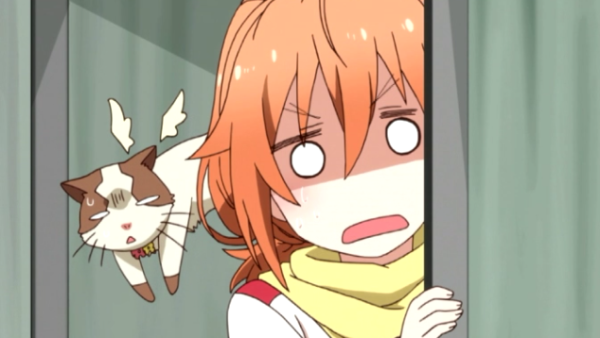 END_OF_DOCUMENT_TOKEN_TO_BE_REPLACED

Time to peek in on the Spring line-up and see how our new team’s holding up. The word for this season so far is “light,” and I don’t necessarily mean that in terms of the number of shows I’m watching (although there is that, too). Unlike this past winter, which was jam-packed with ambitious stories, social commentaries, and questions with no easy answers, Spring is more about kicking back and having fun, whether you’re engaging in rom-com shenanigans, trying to make it big in an anthropomorphic CG band, or swearing vengeance against those damn dirty vampires. And while I’ve grumbled about the weakness of this season, there’s something to be said for good old-fashioned escapism sometimes, too.

Lightness notwithstanding, there’s still one major standout, a couple solid sequels, and a few new series which are growing well and showing signs of real potential—including some that should have never worked for me and yet draw me in a little deeper each week. This is either proof that execution trumps premise, or that my taste is getting worse by the minute and it’s all cat girls and panty jokes from here on out. Remember me as I was, not as I am. Then hit the jump to get a rundown of our current roster.

END_OF_DOCUMENT_TOKEN_TO_BE_REPLACED It’s been a long premiere week and I’m quite sleepy, so I won’t spend too much time on these, but, as usual, I wanted to pop in and let you know where I stand on sequels this season. Most of the deluge this spring are for shows where I never saw the early seasons, so no “panning” posts there, but there are a trio that I am watching, at least. Hit the jump to get reacquainted!

END_OF_DOCUMENT_TOKEN_TO_BE_REPLACED

Because no anime blog is complete without a proper Top 10 list. I’ve seen some people calling this a weak year for anime, but I’m not sure it’s that so much as it’s just a very top-heavy year—the upper tier was a massive cut above the pack, making the rest of the shows seem a little lackluster in comparison. It also featured some disappointing adaptations and originals, and any time you get excited for a series and it doesn’t live up to those expectations, it can make the whole year feel weaker. Fortunately, off-the-radar “sleeper” series had a very good year, particularly when it came to comedies and sports shows, and a few strong sequels and long-running series helped give 2014 a much-needed boost in terms of quality.

END_OF_DOCUMENT_TOKEN_TO_BE_REPLACED

This season defied all kinds of initial expectations, for better and for worse. END_OF_DOCUMENT_TOKEN_TO_BE_REPLACED

The Josei Next Door
Create a free website or blog at WordPress.com.