Peeking in on the autumn lineup. 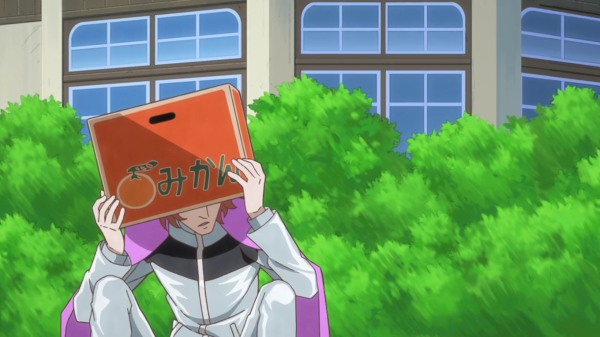 I’m writing this from a hotel room in New York, which both explains why it’s a bit late (some of these shows have already moved past their halfway point) and why this introduction is going to be brief. My Fall anime bloc continues to either hold steady or improve each week, depending on the show, which is always a promising sign at the halfway mark. There’s good variety too, so whether you’re looking for something to soothe or something to pump you up, you should be able to find a much-needed break from reality below. 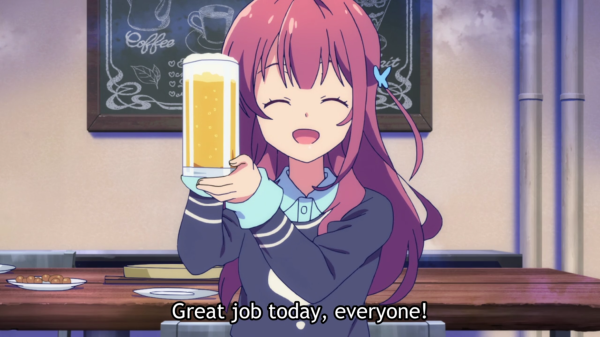 At what point can I stop saying Flip Flappers has the potential to be something special and just straight-up say that it is something special? In addition to being an explosion of colorful artwork and vivid animation, Flip Flappers manages that rare, impressive feat of operating on two levels: Both as an entertaining story about two girls going on adventures, and as an insightful, imagery-laden exploration of female adolescence, including a refreshingly honest look at awakening queerness and sexuality.

Like Yurikuma Arashi, Flip Flappers walks a careful tightrope between sexuality and sexualization, and very occasionally stumbles across that line, leading to things like an unnecessary camera pan in a shower. These are rare and minor, though, reading more like a well-meaning misstep than leering fanservice. Overall, Flip Flappers strikes me as a show genuinely invested in being about girls and for girls. I’m so glad I decided to take a chance on covering this one weekly, and I’m crossing all my fingers and toes that it continues to live up to its ambitions.

My two favorite shows of the season (this and Flip Flappers) have a lot of the same potential positives and pitfalls, many of which we won’t be able to talk about until we’ve seen the series through to completion. For now, let’s just say that Yuri on Ice is an engaging, inspiring sports series about finding your voice and fighting for what you want. It’s also unapologetically sensual in a way we rarely see in anime, and Yuri and Victor’s developing relationship crackles with sexual tension.

It’s not perfect, mind–there’s some non-consensual groping that, while fairly minimal, is still a noticeable red mark on an otherwise positive-minded series, and I’m personally hoping that YoI makes Yuri and Victor’s relationship as overt and undeniably romantic as possible because we could really use more explicit queer representation in anime. Still, YoI is living up to the hype and well worth the attention it’s garnering from anime and non-anime fans alike. If you’re one of the five people not watching it, I heartily recommend it.

How do I explain the childlike, unabashed glee I feel watching ClassicaLoid? It’s like a Saturday morning cartoon, a joyous blend of goofy comedy, weird premise, and unhurried, character-focused, episodic plotting. The interactions between the ensemble cast of reborn classical composers and their long-suffering teenage landlady are always fresh and frequently funny, and every shot practically glows with energy. The folks working on this clearly love what they’re doing, and that affection is contagious. Play on, ClassicaLoid.

A stark contrast to the other shows on this list, Girlish Number is snarky and darkly humorous, depicting a mediocre voice actress and the train wreck of an anime production she and her coworkers are a part of. (Happily, Girlish Number itself is not a production track wreck, full of sharp dialogue and expressive character animation.)

It feels like the series is trying to point out some actual issues in the anime industry (particularly how everyone is overextended and there are so many voices dictating a production), albeit in a much-exaggerated way. I don’t necessarily want Girlish Number to end on a cynical note, so hopefully it will challenge Chitose’s lazy and self-centered “let’s take it easy and become popular!” attitude and find a spark of optimism from its hard-working and dedicated supporting cast when all is said and done. That said, the comedy is very much working for me so far. 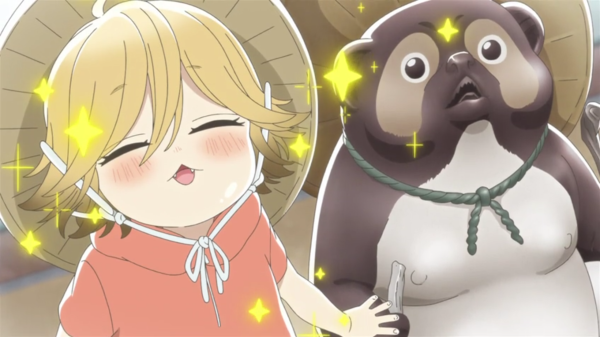 While it didn’t quite make it into that “first tier” of titles, I still maintain that Magic-Kyun is the best under-the-radar series of the season, a straightforward and charming harem show with quirky but nice characters and a smart, sympathetic exploration of young artists and the creative process. Director Yamazaki Mitsue is a genuine talent, able to deftly balance sincerity with silliness, and has made Magic-Kyun about as good a visual novel adaptation as I’ve ever seen.

You know, for a show with “udon world” in the title, there’s been very little actual udon in the series. Instead, Poco is more about quarter-life crises: About taking stock of your life at age 30, reevaluating the relationships you’ve developed and the career you’ve chosen, and deciding if this is really the life you want–and, if not, how best to change that. Which sounds stressful until you remember that Poco is also about a tiny tanuki child being adorable. It’s a soothing series for grown-ups, and having it on my watch list has been a much-needed balm at times.

I’ve struggled to explain why Keijo works for me. I think it comes down to honesty and tone: Yes, it’s a show about ridiculous boob and butt fights, but it tells you that up-front, and it’s spirited and optimistic in its depiction of friendly competition and respected rivals. If it weren’t for those unpleasant groping “jokes” I’d say it’s basically the perfect fanservice series, gaze-y without malice and treating each of its characters like individuals with their own personalities and goals. It’s got a slew of issues and I will never argue otherwise, but I get a kick out of it even so.

Back in the Saddle 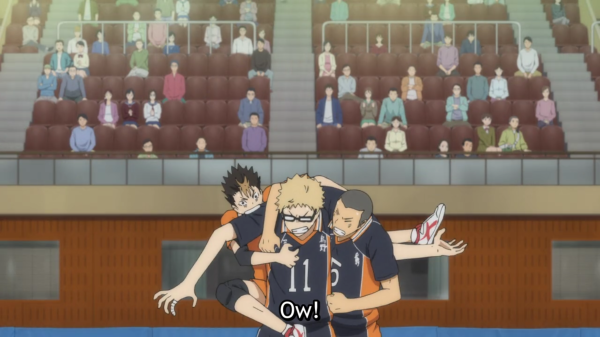 Just a quick check-in with the sequels: