“Sibling rivalry” is about to take on a whole new meaning. 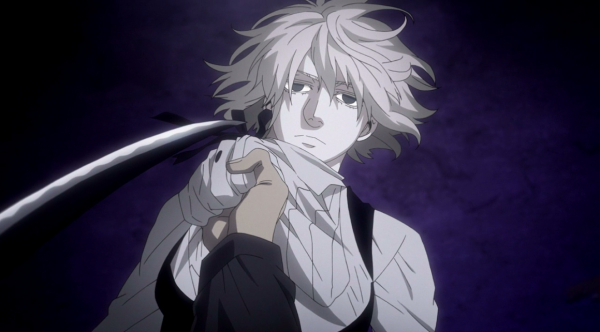 The season’s building tensions and anti-Twilight violence come to a proper head, as leaders leave the shadows, lines are drawn in the sand, and our protagonists come face-to-face with their next big challenge. While last week’s battle was a covert one, taking place in the alleyways of Ergastulum and thus relegated to a few quick scenes within the show itself, this week brings everything out into the open, and front and center on our screens.

Erica is SO unimpressed with my battle cry.

While the majority of “Siblings” is swinging swords and speeding bullets, as usual the series managed to work in some pertinent world, plot, and character information during the few breather moments, so it’s time for another Bullet Point Rundown:

And past that there’s… not a whole lot for me to talk about, other than that we’re setting up a lot of pieces for a lot of potential conflicts to be resolved in the coming weeks. Sociopolitical ramifications aside, the big impending explosion is, as the title suggests, between siblings, referring to both Alex and Emilio as well as Delico and Erica. Presumably we’ll get some more backstory about both of these long-lost relatives, but at this point all I can really do is speculate.

We know Delico is a relatively low-ranking Tag, which may explain why he only has one of those pupil-less (probably blind) “blue eyes” as opposed to the two his significantly stronger sister possesses. While I’m inclined to think of them both as “Twilights,” everyone seemed startled by Mikhail and Erica’s lack of Tags, and Galahad referred to them as “hunters,” so there may be some differences here. Plus, some kind of distinction would help explain why Corsica’s working with them despite his obvious hatred of Twilights (a sentiment no doubt related to that girl in the photo he was holding).

The million dollar question is, as ever: Why? Why would Corsica agree to work with these two specifically, and why would Mikhail and Erica agree to exterminate a group of people they seem to be a part of (and who Erica’s own brother is definitely a part of)? Expect plenty of family drama in the coming weeks as characters meet, clash, and work to find that same safe space or “home” that everyone seems to be seeking in Ergastulum.

As for our main trio, some tidbits of information and progression sneak through between the gun blasts. Alex, motivated in part by her returning memories, takes a more active role in the story by fighting to protect Loretta, whose own mother was once a prostitute and fell victim to the withdrawal hallucinations. The two bond a little this week via indirect shared experiences, and seem to agree that the freelance prostitution business is seriously awful.

Oh—and on that note, Loretta herself worked much better for me this week, too, as she treads a line between benevolence and swagger that makes her, if not the most original character, at least fun to watch. If the series stays away from annoying “comical” stereotypes and keeps working to paint her as a conflicted kid who knows she’s in over her head but is too stubborn and/or idealistic to back down, she’ll fit right in with this cast of compassionate murderers. 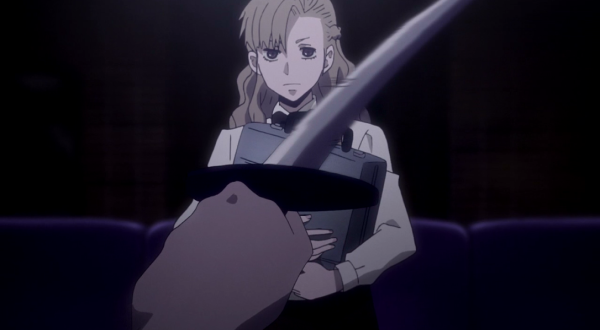 “Oh look, a weapon is pointed at me. Must be Tuesday.”

The Handymen were also busy this week trying to keep the peace and save lives both Twilight and Normal, and both approached it in ways perfectly fitting to their characters. Ever the survivalist schemer, Worick decides to bring the war out of the alleyways and into the public eye, using a mayday flare to call in every possible ally, from the Paulklee Guild to the police to the local underworld doctor. The entire city sees that flare and seems to know what it means (a fact Corsica will likely not forget), and it saves the lives of everyone still trapped within Cristiano’s club to boot.

Well, the flare, and Nic’s bravado. GANGSTA‘s done a good job so far of balancing Nic’s violent streak with his prickly kindness, which makes the battle at Bastard (and the reveals that come with it) fascinating and unsettling all at once. Does Nic burst through that window and take on both opponents because he has a death wish, or because he’s so dedicated to keeping the others from harm? Does he overdose and “fake” his A/0 ranking (Galahad says he’s a B/5 at best without all the Celebrer) because he’s addicted to the thrill of the fight, or because it’s the only way he can protect the people around him?

And the answer to all of the above is: Yes. Nic is borderline suicidal, with little to no regard for his own life, and his manic grins are proof of how much he enjoys these clashes despite (or maybe because of) all the stab wounds. But he’s also fiercely loyal and protective, with a childlike kindness, almost innocence, that makes him popular with kids and cats alike.

And SO PROUD of those five minutes he spent getting his ass kicked, too.

Not that GANGSTA is in any way interested in idealizing such childlike mentalities. Serving as a kind of spiritual “sibling” for Nic, Mikhail’s actions carry a similar straightforwardness to them, as he throws himself 100% into whatever’s in front of him (especially a fight) with gleeful abandon and no real thought for consequences or repercussions.

Unlike Nic, though, whose self-destructive tunnel vision generally stems from a desire to help someone else, Mikhail is selfish and sadistic, with little to no regard for other lives (Tagged or Normal). He’s the dark side of innocence, and I’m curious to see how GANGSTA pits these two against each other as much as I am its two pairs of blood relatives. 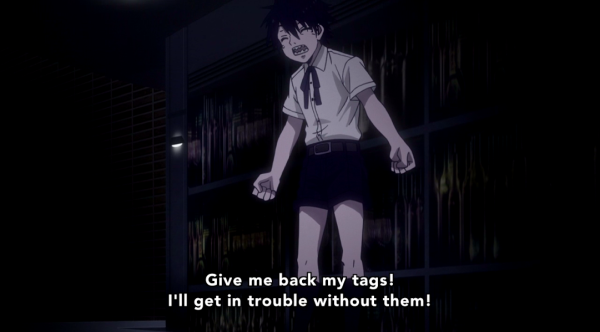 Buuuut I’ll have to wait a couple weeks to do that. The episode preview simply said “9.5” without an episode title, which is anime code for either “behind-the-scenes special” or “clip show”—which is, in turn, code for “holy hell we have so many frames to draw and we’re so far behind please please PLEASE give us an extra week to work on this.”

Given that the Bastard fight relied on a lot of still frames (and those still frames still looked sloppy and rushed), I’m frankly relieved that the creative team will have an extra week to put together what’s certain to be an action-packed final few episodes. So enjoy your time off, send good vibes to Manglobe studios, and I’ll see you all again for more superhuman fights and conflicted interpersonal dynamics when Episode 10 finally rolls around.